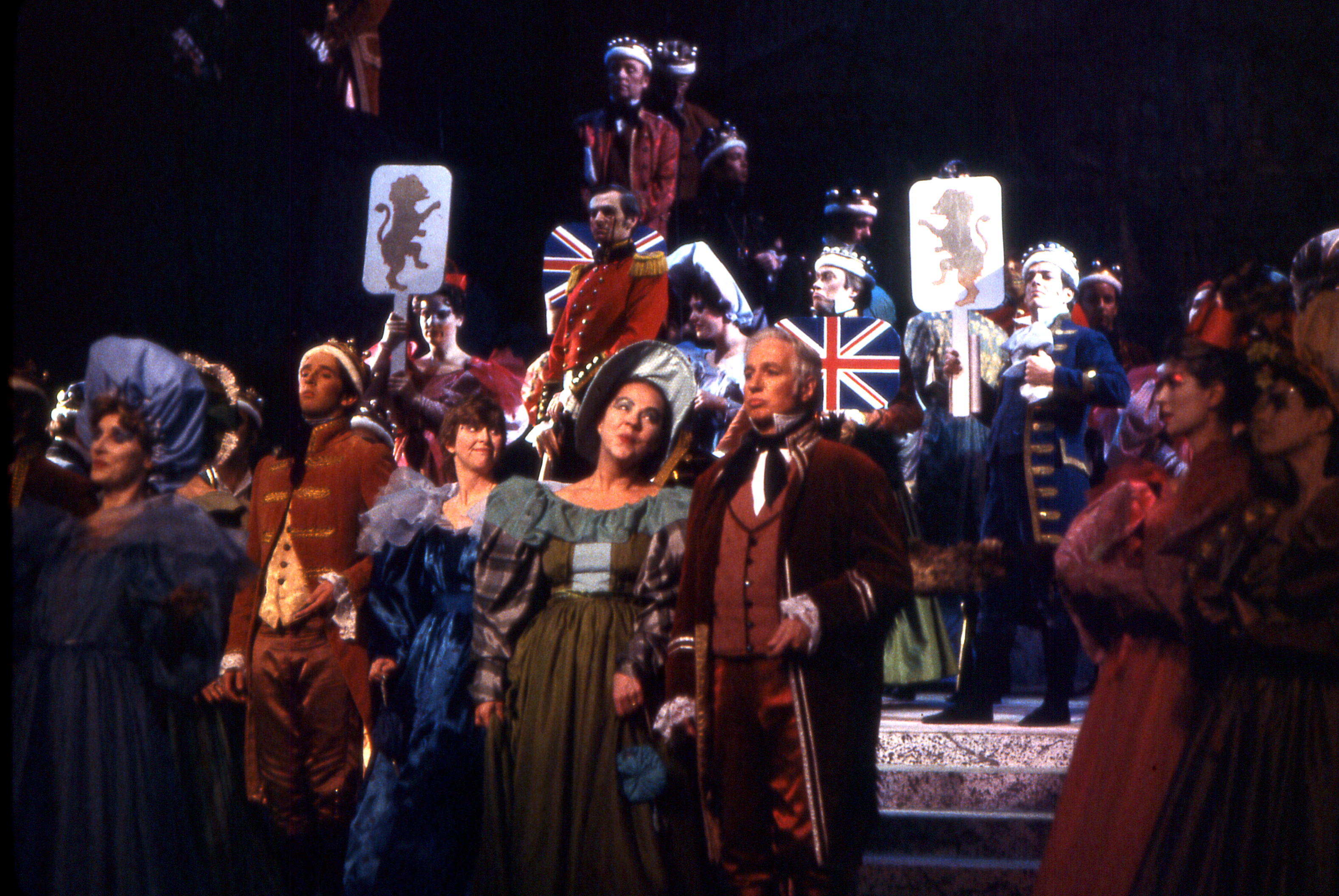 The Blue Hill Troupe was born the summer of 1924, when Dr. and Mrs. Seth Milliken decided to try and protect their children from the dangerous influences of the Roaring Twenties by having them put on a production of HMS Pinafore. That first Troupe Pinafore was performed on the deck of the Millikens’ yacht, lit from land by automobile headlights and accompanied by music school students, perched with piano and violins on a nearby yacht.

The Troupe moved to New York in 1926, and, with the exception of 1929, has performed a G&S operetta every year ever since. All proceeds since 1928—adjusted for inflation, nearly $9 million—raised through ticket sales, program advertising and special events, have benefited a New York City charity.

Over the years, more instruments were added to the original piano and strings; so that we now perform the original Sullivan scores with full orchestra support. One-night stands have stretched by steps to the present two-weekend performance schedule, usually with an additional road show some weeks later.

The Troupe has produced all thirteen G&S operettas at least three times during its history. The more popular shows have been performed more often.

In 1984, we added a “Fall Show” in late October or early November, with eight performances in a 100- to 200-seat theater. We started out with small-scale Gilbert or Sullivan productions (The Zoo, Cox and Box); then we tried a few original works by Troupe members; more recently we have moved to more traditional Broadway shows (She Loves Me, Company, Cabaret, The Pajama Game, The Drowsy Chaperone, Little Shop of Horrors, High Society).

The Troupe has elected a Board of Directors annually since 1930. It adopted a constitution (in Gilbertian verse, of course!) in 1934. Over the years, the number of committees and social activities has grown with the membership (which today totals more than 600 active and associate Troupers), as have the quality of the shows and elaborateness of the sets, costumes and technical effects.

The result? The Blue Hill Troupe mounts productions that have been described as rivaling many on Broadway, while raising significant sums for worthwhile causes. We have twice performed at Carnegie Hall with the New York Pops, and for many years were featured annually in the Metropolitan Museum of Art concert series. On television, the Troupe has been profiled on CBS Sunday Morning and the MetroArts/Thirteen performance series.