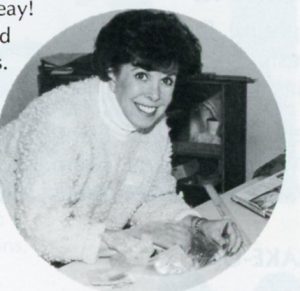 Sandy Keay was a pint-sized force of nature with sequential lives. She was a Carnegie Mellon-trained actress, produced and starred in This Property is Condemned at the Cherry Lane Theater when she was in her twenties, and then, because “theater wasn’t done” in her father’s world, she married, suburbanized, had a son, divorced, and emerged anew as a rock concert manager. Sandy had some wild and woolly times and friends then, but she morphed again into an Upper East Side matron for her son’s sake. She joined the Troupe, the Church of the Heavenly Rest and St. Bart’s, and the Windmill house in the Hamptons. She had a Park Avenue apartment she loved, a whimsical collection of folk art and first-edition books, and a large group of old friends from the Hamptons, many of whom helped get her through her last, difficult years.

Sandy’s sense of fun never left her—she kept her son’s expired pet snake in her refrigerator’s freezer (many freezers) for 40 years, and was, while always polished on the outside, quite adept at circumventing tradition. She loved hosting elegant parties at home and for social groups, and while she was unable to do that during her last years, I like to think she kept planning them anyway. She will be missed.