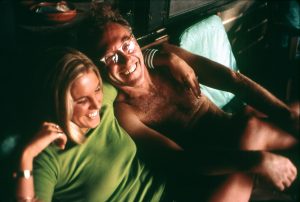 A dedicated and beloved member of the Troupe since 1950, William Thorndike Hamlen died October 16, 2019, at his home in Freeport, Maine, at the age of 95.

Bill was born in Boston in 1924—coincidentally the year the Blue Hill Troupe was founded in Bluehill, Maine. This was clearly a sign that music would have a prominent role in his life. After attending St. Mark’s School and then Harvard, he left college to serve in WWII’s Army Air Corps. He returned to finish his undergraduate degree and then went on to get an MBA from Harvard’s Business School. But business wasn’t his only calling. During his senior year, Bill was drafted by the Brooklyn Dodgers as a catcher for their Nova Scotia farm team. Who knew he’d started out as a professional athlete?

Bill soon joined the corporate world, working his way up to become Manager of IBM’s Cambridge sales office, finally capping his 45-year career there as a marketing executive in Advanced Systems Development. But Bill always made time to sing. He was a stalwart member of the Troupe’s bass chorus for decades, singing alongside his brother Joe. Serving as BHT President in 1973, he met his future wife, Troupe alto Lynn Northwood—his perfect match. They sang together, raised two children, and made lifelong friends in the Troupe.

For many years, Bill hosted a mustn’t-miss brunch at his 62nd Street brownstone prior to our show’s Saturday matinee—making stacks of pancakes, pitchers of Bloody Marys, plus his famous shaken martinis. (Those performances were definitely boisterous.)

But above all, Bill was a true gentleman who lived a long and well-loved life. 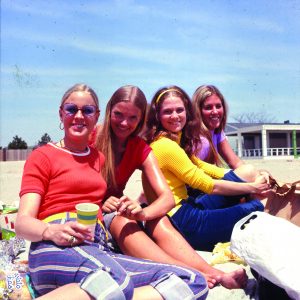